At the Dine Like a Professional Etiquette Lunch on Monday, Feb. 24, 2020, UW-Green Bay Career Services announced that Imperial Supplies is its Recruitment Partner of the Year for 2019. Imperial Services has had an exceptional commitment and demonstrated comprehensive support of Career Service’s mission. Since 2011, Imperial Supplies has continued to support UW-Green Bay students in their journeys to success. Its team members have served as Mock Interview Day volunteers, participated in classroom panel discussions, made guest lecturer presentations, offered insight as featured program speakers and served on the alumni advisory board.

With headquarters in Green Bay since 1958 and only five miles from campus, local company representatives take pride in providing both time and financial support to UW-Green Bay. Imperial Supplies is an office sponsor for Career Services and a sponsor of Green Bay athletics. The organization has hosted students for job shadows, as well as welcomed students, faculty and staff onsite for informational corporate tours. Nearly 10% of all team members at Imperial’s corporate office in Green Bay are alumni of UW-Green Bay. In addition, 13 students have served as interns for Imperial since the organization launched a reputable internship program in 2018.

Linda Peacock-Landrum is in her 23rd year with UW-Green Bay Career Services, and her connection to Imperial Supplies began in her first year in Green Bay in 1997.

“That was the first year in Green Bay for both Jenny Lowe and me,” Peacock Landrum said. “We met at a local recruitment event that year, and when she transitioned to Imperial Supplies three years later, we reconnected to lay a solid foundation that our organizations could build upon.”

“One of my early interactions with Sara Oettinger of Imperial Supplies occurred in 2011 when she attended an event held in this very facility. She immediately offered her support and advice as an alumna to assist our students. Over the next nine years, the support, outreach and recruitment efforts by Imperial Supplies has grown,” said Peacock-Landrum. “Career Services and UW-Green Bay both are fortunate to have a partnership with Imperial Supplies. We look forward to many more engaging years in the future.” 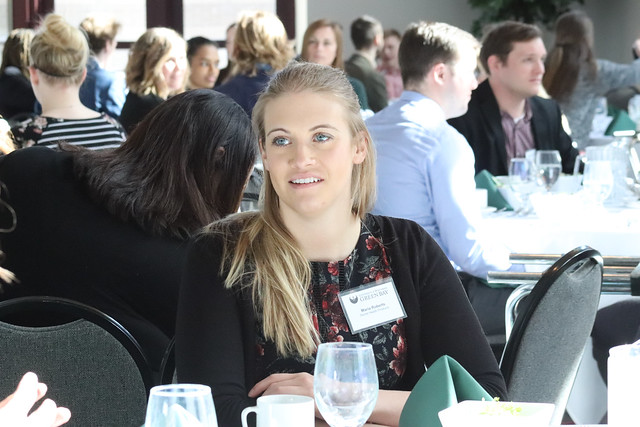