The first tenants moved into new apartments built on the JBS Packerland Packing site less than six months after redevelopment of the 33.2-acre site got underway, reports the Press-Gazette. “An April blizzard, an August deluge and a sloppy September storm hampered progress, but University Heights at Baird Creek still welcomed its first tenants at the beginning of the month. Developer Todd Devillers said the August storm put a dent in plans to open two buildings in time for the start of the UWGB fall semester, but he’s pleased to have residents, demolition crews and construction crews on the site, 2580 University Ave.” The Press-Gazette has the full story.

We know the cost of tuition, books, and housing is worth it. The majority of Americans believe so, as well. Seven in 10 seniors graduate with debt, owing about $29,650 per borrower. Still, 90 percent of parents and students say college is worth the investment, according to Sallie Mae. Almost 80 percent of Americans think that a college degree is more valuable today than it was in the past. Read the full story at CNBC.

A big shout-out to the UWGB Freshmen Move-In-Day volunteers. What a perfect day to be outside on one of the Midwest’s most beautiful campuses to help welcome our Phoenix families with open (and full) arms. Watch for photos and more in tomorrow’s Log Extra.

The gratitude came in fast and furious — both in person and via social posts. Most sounded something like this: “We can’t thank you enough for the help moving our son (or daughter) in.”

And it seems that campus volunteers now have a nickname, “green shirts.” Here is a post from Facebook, “The green shirts that assisted us today were amazing. We were moved in quickly. They setup the bunks for us in five minutes. Well done and thank you.”

And one more, “I think I’ve said 100 times today, thank goodness for the green shirts…”

Thank you to the 100-plus faculty, staff, alumni, community members, and students (most who wore the signature Move-In Day green polo shirts) who helped move about 900 UW-Green Bay freshmen on campus today. What a welcome. Well done! 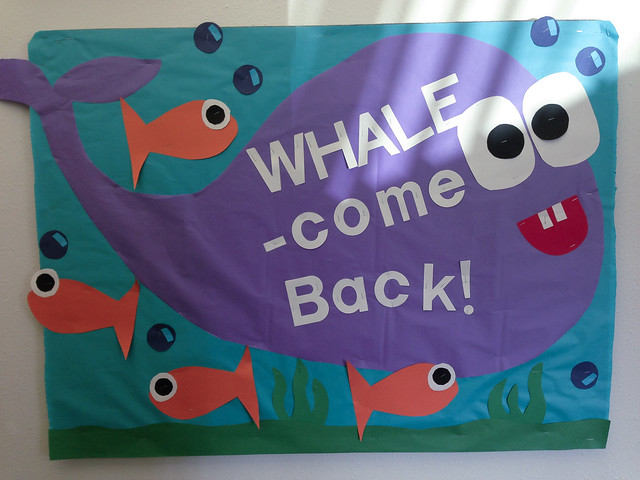 UW‑Green Bay learned about the passing of Robert (Bob) Schaefer in Cocoa Beach, Florida, this week. Bob served as president of University Village Housing (UVHI) at UW‑Green Bay. He was a founding member of the organization, created in 1984, to ensure UWGB students would have affordable on-campus housing. In 1989 a new Residence Hall was named in his honor (Robert W. Schaefer Hall) and in 1995, Bob received the University’s highest honor — the Chancellor’s Award.

Kelly Franz, UWGB’s former vice chancellor for business and finance, who worked with Bob for more than 25 years, said that Bob’s leadership has been instrumental in the private/public partnership that has allowed UW‑Green Bay Residence Life to grow to meet campus demands. On campus housing is at capacity (about 2,000) this fall.

“In the 1980s, other UW campuses had empty rooms, and there was a UW System-wide moratorium on new campus housing, even though UW‑Green Bay was in desperate need,” Franz said. “Bob and the other UVHI founders (Roy Downham, John Robishaw, Don Long and James Temp) had the idea to build the housing privately, but allow UWGB personnel to use best judgement to run the apartments the way they saw fit. It is a sound partnership that continues to this day.”

The University continues to recognize Schaefer on a plaque in the building named for him and on the UW‑Green Bay website, where a profile reads, “Robert Schaefer has been the catalyst for bringing to fruition dreams for traditional student housing at UW‑Green Bay. He has worked tirelessly to keep projects on track. And when hopes had grown faint and bureaucracy had threatened to overwhelm efforts, Robert Schaefer unraveled the tangles and assured the continuation of planning and building of on-campus housing.”

Bob was born in Salina, Kansas, and moved to Green Bay, becoming an eventual partner in the law firm Trowbridge, Planert & Schaefer.

A full obituary is available for viewing online.

Residence Life needs you… from 8 a.m. to Noon, Thursday, Sept. 1 to help assist our newest students moving to campus. Go to www.uwgb.edu/housing and click on the Move-in Volunteers icon to complete a short Qualtrics form by August 4. Please contact the Office of Residence Life, 920-465-2040 or by email, housing@uwgb.edu if you have questions.

Residence Life needs you… from 8 a.m. to Noon, Thursday, Sept. 1 to help assist our newest students moving to campus. Go to www.uwgb.edu/housing and click on the Move-in Volunteers icon to complete a short Qualtrics form by August 4. Please contact the Office of Residence Life, 920-465-2040 or by email, housing@uwgb.edu if you have questions.

Thank you to those who have already volunteered to assist with freshmen move-in day from 8 a.m. to Noon, Thursday, Sept. 1. Traditionally, faculty and staff have assisted our newest students as they move to campus and take one of their first steps towards completing their education. Our Phoenix families have been very appreciative and relieved to arrive on campus to find conveniently located information tables, staff directing traffic and others awaiting to help tote boxes and bags. The Office of Residence Life is inviting faculty and staff to volunteer to both welcome and assist our students with their physical move to UW-Green Bay housing. This small gift of time and energy could have a significant impact on our students’ engagement and retention. If interested, please go to the housing web site: www.uwgb.edu/housing and click on the Move-in Volunteers icon to complete a short Qualtrics form by August 4. Questions? Please contact the Office of Residence Life, 920-465-2040 or by email, housing@uwgb.edu.

Please help spread the word. UWGB’s Office of Residence Life is hiring up to 45 students for summer in facilities custodial and maintenance positions. Students will earn $9.00 per hour, 40 hours per week during most weeks, and UW-Green Bay students are eligible for a 50% discount on summer housing. Employment dates are May 14 through August 31. To be eligible for this position, applicants must be enrolled for academic credit at an educational institution. Applicants can download position description and application materials by visiting the housing website: www.uwgb.edu/housing. Applicants should send completed applications by email to housing@uwgb.edu or bring applications to the Office of Residence Life. Applications will be accepted until all positions are filled.