The Wisconsin Academy of Sciences, Arts & Letters announced on Jan. 14, 2020, the seven recipients of the 2020 Academy Fellows Award. Among them was UW-Green Bay Prof. Emeritus Hallet J. ‘Bud’ Harris (NAS), who has dedicated his career and life’s work to scientific solutions to Great Lakes issues.

“His research and advocacy laid the foundation for ecological restoration efforts that are among the most ambitious in the world,” according to his nominators. “His contributions to science and the people of Wisconsin hardly stopped in 1999, however. To this day, he is an effective leader in efforts to improve environmental quality and sustainable resource use in Wisconsin. His contributions range from front-line leadership in water quality issues to meaningful influence on discussions of climate change, environmental economics, and science education. His career as a scientist and leader is approaching 50 years, with no sign of retreat.”

Noteworthy is Harris’s significant publication record, but his major contributions to water science, according to colleagues, are manifest through well-documented influence on public policy. Outcomes of his work, chronicled prominently by reports, research documents, and on-the-ground actions, have led to precedent-setting investments in water quality abatements totaling more than a billion dollars and counting.

At UW-Green Bay, Harris taught undergraduate ecology and graduate courses in wetland ecology and ecosystem management. He and his students carried out research in coastal wetlands of Green Bay as part of the Wisconsin Sea Grant Green Bay Subprogram which he coordinated for eight years. Subsequently he served as “on site coordinator” of the United States Environmental Protection Agency’s (EPA) PCB Mass Balance Study. In that role, Harris laid the foundation for a PCB cleanup effort in the Fox River—said to be the largest fresh water clean-up in the world—resulting in the removal of 2.4 million tons of contaminated sediments. Harris also led consequential efforts to address nonpoint source pollution of sediments and nutrients, a second complex problem in the Fox River/Lower Green Bay ecosystem.

Serving on all three steering committees (Technical, Ad-hoc Science, and Outreach), he was instrumental in precipitating USEPA and Wisconsin DNR actions to develop total maximum daily load (TMDL) regulations for controlling runoff of phosphorous and suspended solids in the Lower Fox River Basin. During this process, he also obtained nearly $1 million in funding to engage high school students and teachers in a successful stream monitoring and education program in the Fox River Watershed. Among many other professional contributions, he currently serves as member and past chair for the Sea Grant Advisory Council, he is a member of the Science Advisory Board of the Wisconsin Initiative for Climate Change Impacts (WICCI), and he is a long-serving leader of the Fox-Wolf Watershed Alliance Advisory Board.

“The list of Dr. Harris’s leadership roles is truly remarkable, reflecting a passion for applying science to critical ecological and sociological challenges,” say his nominators. “He has contributed significantly to the peer-reviewed scientific literature and he has inspired and mentored hundreds of students. His most important legacy, however, will likely be the public policies and conservation actions that have happened because of his passionate commitment as an applied scientist and community leader.”

After receiving a bachelor of science from Coe College, he graduated with a master’s and Ph.D. from Iowa State University and joined UW–Green Bay in 1969, retiring in 1999. Harris presently serves in a science advisory capacity for four environmental organizations. The speaker for the evening was Daniel Moore, the UW-Green Bay Videographer and Photographer. In addition to his work for the University, Moore is an award-winning landscape photographer focusing on images of our National Parks. Moore presented a selection of his photographs and share his thoughts about visiting the National Parks.  His website can be found at http://www.NationalParksArtist.com. 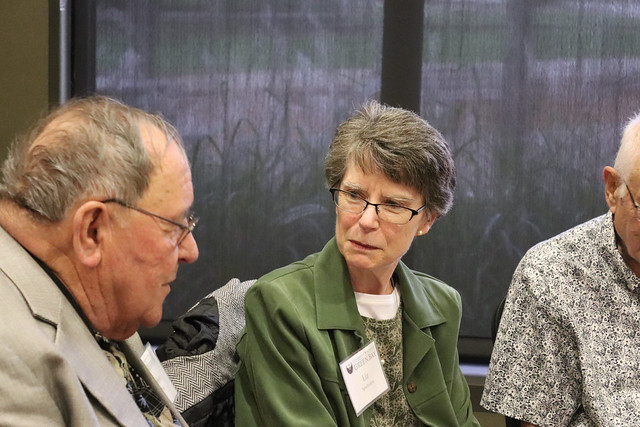 The next UW-Green Bay Retiree Breakfast is at 8:30 a.m. on Tuesday, Oct. 1 at Bay Family Restaurant (West Room) corner of Military and 9th St., Green Bay. All retirees are welcome. The ninth annual UW-Green Bay Retirees Golf Outing was held August 15, 2019, at Shorewood Golf Course. It was a fun day for 35 attendees who enjoyed a gorgeous day, followed by a buffet lunch at the clubhouse. This annual fundraising event yielded more than $700 for the Retiree Association Scholarship Fund. 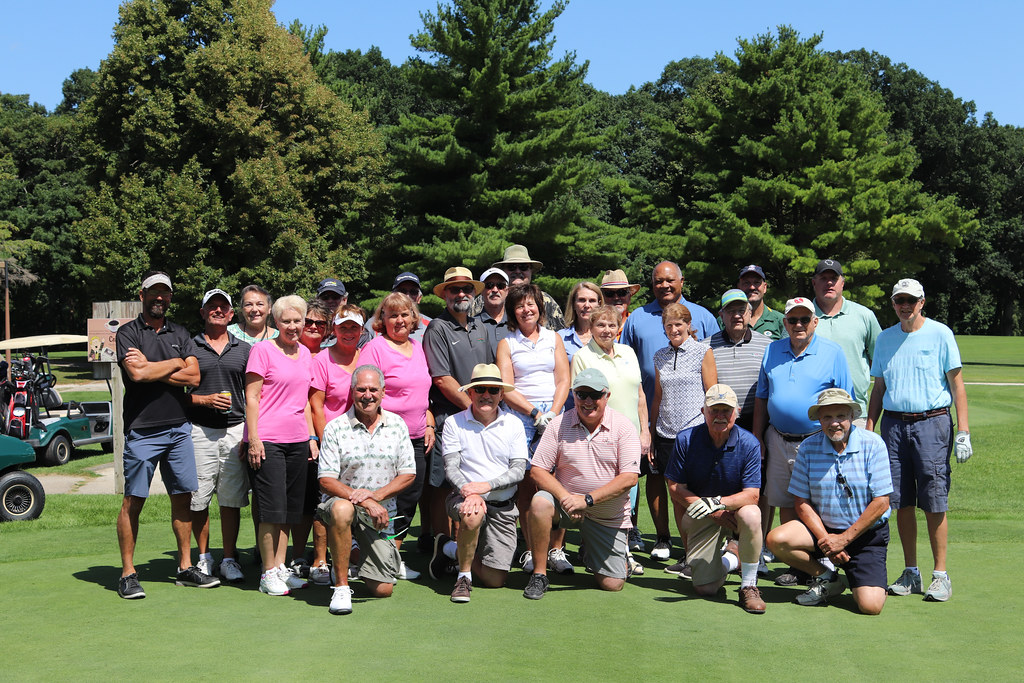 The 20th Annual UW-Green Bay Retiree Dinner will be held Wednesday, Sep. 25, 2019.  Registration deadline is Friday, Sept. 20. Make the $24 payment through University Advancement. This gathering is always a great time to visit with colleagues and friends. The Board of Directors of the UWGB Retirees Association would like to extend a special invitation to newly retired individuals. This event will give you an opportunity to mix with many of the retirees that started this fine University. If you are unable to attend the evening’s festivities but would like to support the UW-Green Bay Retirees Endowed Scholarship by making a donation, you can also do that on the printed form or online.

UW-Green Bay Retiree Breakfast is from 8:30 a.m. on Tuesday, Sept. 3 at Bay Family Restaurant (West Room) corner of Military and 9th Street. All retirees are invited.

The ninth annual UW-Green Bay Retiree Association Golf Outing will be held at the Shorewood Golf Course on Thursday, August 15, 2019. Proceeds benefit the Retiree Association Endowed Scholarship, and last year’s annual fundraising event yielded more than $1000. Retired UW-Green Bay faculty and staff are hosting the event, but everyone is welcome to play. Please consider playing and feel free to invite your friends.

The event starts with a 12:30 p.m. check-in, 1:30 p.m. shotgun start for the four-person scramble. A 4:30 p.m. picnic-style buffet and 5 p.m. awards and door prize presentation follows. The organizers will pair to make foursomes if needed.

Non-golfers are welcome to support the fundraiser through dinner attendance or by making a donation to the scholarship fund on line. For more information, or to register by Friday, August 9, you can contact the University Advancement Office at 465-2074 or register on line. 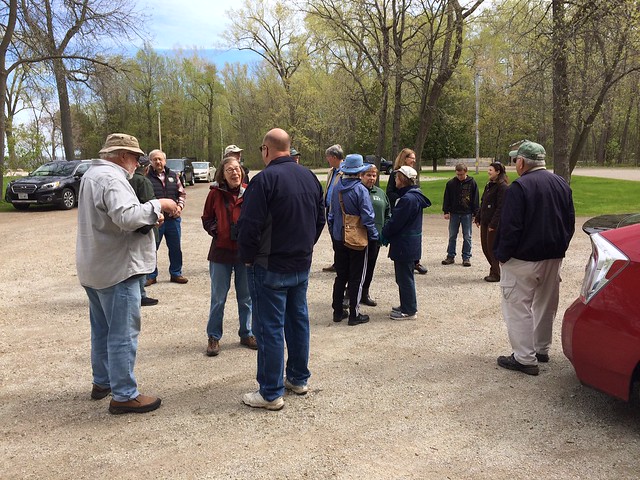 About the UW-Green Bay Retiree Association

Established in 2008, the UW-Green Bay Retiree Association was founded to promote and nurture mutually beneficial relationships between the University and its retirees. The Association provides a voice for retirees, and strives to support and enrich the campus community while providing members with opportunities for continued intellectual, creative and social engagement. Membership is open to all retired employees, their spouses or partners, and to anyone with a special connection to the University. Learn more at www.uwgb.edu/retiree.

The UW-Green Bay Retiree Association is sponsoring the ninth annual arboretum walk on Tuesday, May 21, at 10:30 a.m. Bobbie Webster, natural areas ecologist for the Cofrin Center for Biodiversity, will lead the walk. Interested participants should meet at the Lambeau Cottage parking lot at 10:30 a.m. The walk will be slow and easy as the group looks to identify spring plants, plant communities, invasive plants,  and how our Arboretum is managed. Bring your binoculars and plant book. Bring your camera to take pictures along the walk and send them to incorporate into the Retiree Association website. See the 2018 walk at www.uwgb.edu/retiree/showcase. An informal gathering for lunch will follow at Shorewood Club.