It was delayed from this year’s homecoming activities, due to frigid temperatures. Now there are no excuses for what promises to be a great evening of music… It’s Phoenix Music Night at the Blue Opus (1390 Bellevue Street, Suite 110, Green Bay), Thursday, May 9 from 5 to 9 p.m. And it’s free! Here’s more: Enjoy music performed by UW-Green Bay students, alumni and faculty in one night! UW-Green Bay student and guitarist Antonio Salerno opens up the night at 5 p.m. at 5:45 p.m., MaR will take the stage. UW-Green Bay alumni Matt Hillman and Rissel Peguero’s duo MaR’s style can be described as a fusion of tastes between the Latin-folk-gospel roots of Rissel (vocalist and pianist) and funk-r&b-jazz of Matt (guitarist). Combining their different backgrounds, a novel and personal touch is put into each tune performed and written. Finally Brass Differential concludes the show starting at 7 p.m. Brass Differential’s live show features diverse set lists presented in a high energy style sure to please the most casual or sophisticated music fan. Their sound is steeped in the New Orleans tradition and features a spicy gumbo of musical styles, including jazz, blues, funk, R&B, soul, and hip-hop, among others. What sets Brass Differential apart, however, is its unique horn-centered sound, anchored in the low end by the sousaphone. The group’s live experience promises to please with blistering, abundant solos and prolific attitude.

Did you know there are more than 200 UW-Green Bay alumni who also work at UW-Green Bay? The polar vortex caused the Alumni Association to postpone a reception for alumni employees scheduled during Homecoming 2019, but it lives on this spring! RSVP your attendance.

UW-Green Bay senior student Garriet Kanis was in for a pleasant surprise as he sat among nearly 4,000 fans at the Krash the Kress Homecoming 2019 basketball game. Chances were slim that his name would be called for the Associated Bank Tuition Giveaway, which promised the lucky winner a semester of tuition valued at $4,000.

“Honestly I knew there was a small chance, however I never thought my name would actually be pulled,” he said.

His name was called.

The Business Administration major from Viroqua (near LaCrosse), who is set to graduate in May 2019 (and get married shortly thereafter), said he was shocked when it was revealed that he was the winner, and he wasn’t completely convinced that it was his named called. However, after it sank in a bit, his shock turned to gratitude.

“It was a great feeling to have received this generous gift!” Kanis says.

Kanis was been very involved on campus during his time at UW-Green Bay, serving as the lead intramural supervisor for UREC and as the president for Students for Advancement of Management. With only one semester left at UW-Green Bay, he says that winning the raffle was “an awesome way to start my last semester.” After graduation, Kanis intends to stay in the Green Bay area and find a job with a local company. Homecoming 2019 was shortened because of weather, but still turned out to be a heck of a lot of fun, with contests, competitions, raffles, Krash the Kress, and of course, two victories over UW-Milwaukee by the Green Bay men’s and women’s basketball teams. Thanks for your spirited contributions! 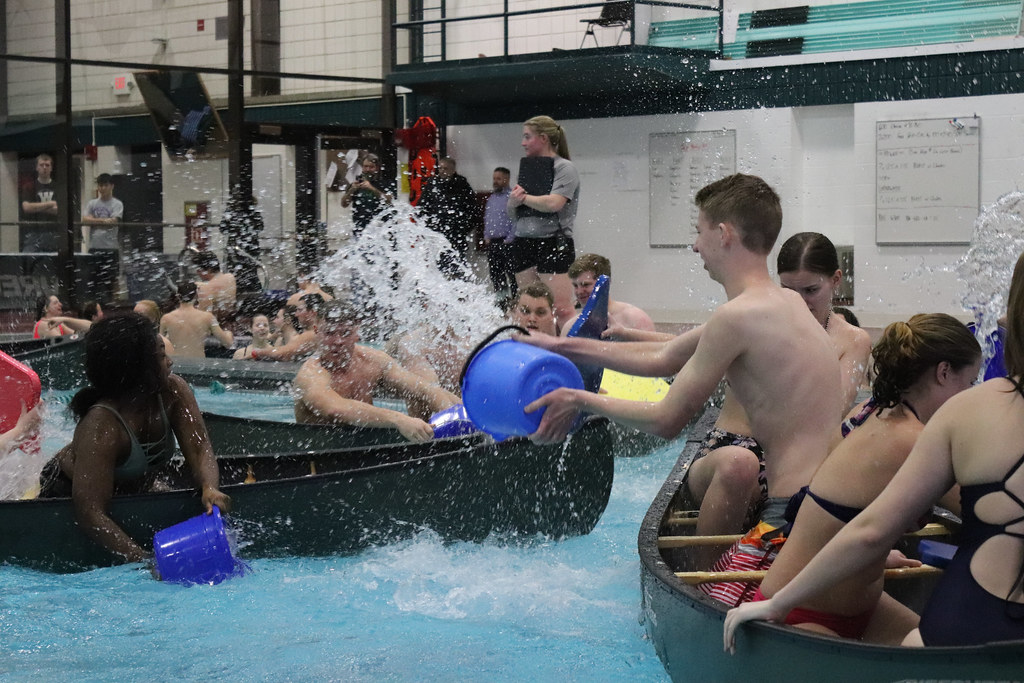 Here is a list of winners for some of the contest, drawings and raffles:

Fox 11 went to the “Battleship” competition that was part of UW-Green Bay’s 2019 Homecoming week and captured some great moments on video. This is the fifth time the canoe event has taken place at UW-Green Bay. Welcome back and welcome home. See how UW-Green Bay has begun the celebration for Homecoming 2019! Personnel across campus are showing their Phoenix spirit with an office window decorating contest. The last day to register for the many activities related to Homecoming 2019, including Krash the Kress, is Friday, Jan. 25. For information about 2019 Homecoming, visit www.uwgb.edu/homecoming. 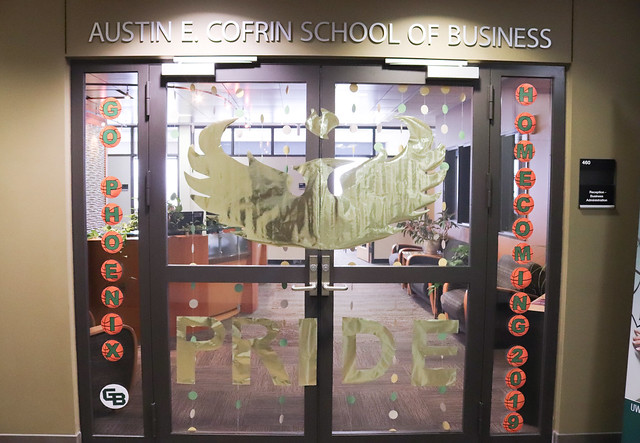 Friday, January 25, 2019 is your final time to register for Krash the Kress and other Homecoming 2019 activities. See the full list and join in on the fun.

Get ready to pick your trip! The Alumni Association is raising money for scholarships at UW-Green Bay through the UW-Green Bay Alumni “Pick your Trip” Raffle. Tickets are $20/ticket and only 1,000 tickets will be sold! The raffle prize winner will pick a concert, theater event or regular season sporting event within the United States to attend. Winner receives round-trip transportation to the event, two nights hotel accommodations and two tickets to the event of his/her choice.

The drawing will occur Saturday, Feb. 2, 2019 at 1 p.m. One winner will be drawn at the end of the Green Bay Women’s basketball game played against UW-Milwaukee at the Kress Events Center. Need not be present to win.

To purchase a ticket, contact an Alumni Association Board member or visit the UW-Green Bay Advancement Office (Cofrin Library 805, 2420 Nicolet Drive, Green Bay, WI 54311) during normal business hours (Monday through Friday, 8 a.m. to 4:30 p.m.). Tickets will also be sold at Krash the Kress. Questions may be directed to Director of Alumni Relations Kari Moody at moodyk@uwgb.edu.

All Phoenix alumni, students, faculty, staff and friends, are welcome to enjoy discounts at alumni-owned businesses the week of Homecoming! Experience the following discounts at the businesses below from Wednesday, Jan. 30-Saturday, Feb. 2:

Jitter Bean
50 cents of any drink

Kroll’s West
10% off to those in Phoenix gear

Questions on discounts may be directed to each organization. Businesses interested in participating next year may contact alumni@uwgb.edu.