Festivities began with a social hour followed by dinner. President Dan Spielmann’s remarks included an announcement of the $1,150 Retiree Association Endowed Scholarship recipient Allison Susnik, a senior majoring in Education and Human Development with hopes of becoming an elementary school teacher in the Green Bay area. Allison was present and thanked the Retiree Association for their generosity, which helped to reduce some of the financial burdens of schooling and allowed her to save money for her upcoming semester of student teaching. There was a Retiree Board of Director’s annual update, a report on the Oral History Project by Jane Rank and Debra Anderson and approval of the slate of new board members.

The guest speaker for the evening was Sandra (Hackbarth) Martinez. Sandra, a former UW-Green Bay student who studied under Prof. David Damkoehler, spoke about the influence of the University’s interdisciplinary structure in her life’s work. Sandra and her husband Wence, opened Martinez Studio in Door County, and she displayed designs of her work-on-paper and weavings. Check out the photo gallery. 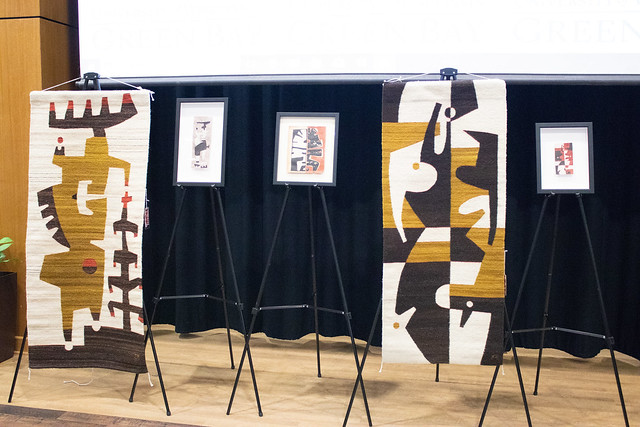