Interdisciplinary, problem-focused education was on full display recently when University of Wisconsin-Green Bay students and community members came together for a public discussion regarding the U.S. – Korea alliance and current security challenges in East Asia.

The majority of the 75-minute program consisted of a Q&A with General Chun in which he shared his perspectives on how Korean history has shaped current geopolitical relations and how the U.S. military presence on the Korean peninsula is key to regional stability. Several audience members pressed the General for ideas on confronting North Korea through the use of sanctions, diplomacy, and military action.

Following the public discussion, General Chun met with several student veterans in UWGB’s At Ease Veterans Lounge and thanked them for their service to the U.S. and Korean armed services. 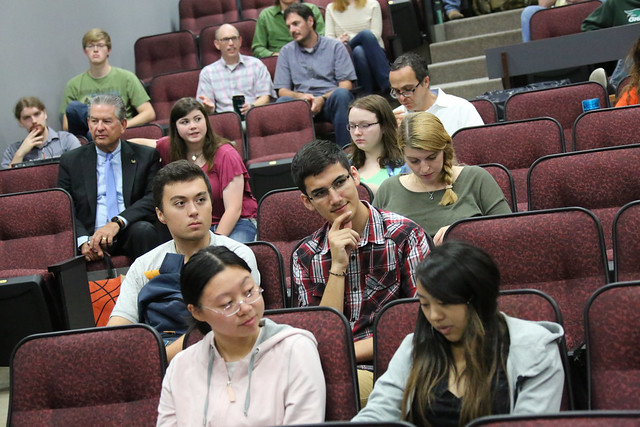