May ’16 Commencement: Day in photos An audience of 4,500 joined several hundred faculty, staff, dignitaries and proud family and friends in celebrating the achievements of the spring 2016 graduating class at the University of Wisconsin-Green Bay on Saturday afternoon (May 14). About 953 students were eligible to participate in the program at the Kress Events Center. Chancellor Gary L. Miller presided over commencement, the 93rd in the institution’s 50-year history. 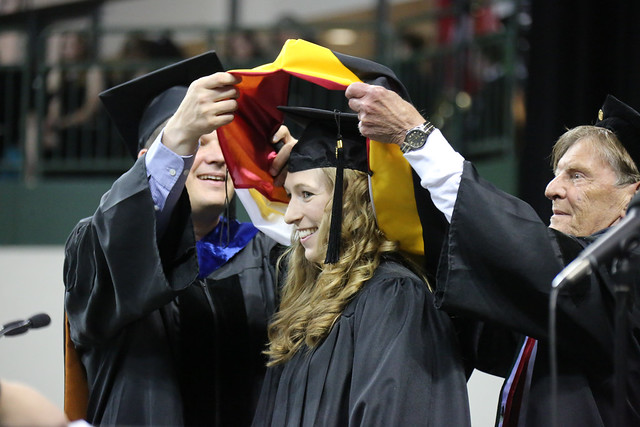 Other 2016 May Commencement Posts