Phoenix fans were on the edge of their seats in the Kress Events Center when the Green Bay women finally overcame Northern Kentucky for a double-overtime victory in the semi-final of the Horizon League tournament. After trailing by as many as 16 points in the first half— its largest deficit this season — the top-seeded Phoenix outscored No. 5-seeded Northern Kentucky by 11 points over the final 20 minutes, and junior Mehryn Kraker poured in 27 of her career-high 32 points in the second half to propel the Phoenix past the Norse in double-overtime of the 2016 Horizon League Tournament semifinal, 80-78.  A day later, the Phoenix cruised to a win over UW-Milwaukee for the Horizon League Championship and the chance to dance in the NCAA Tournament. The heart-jarring game made for great photos. 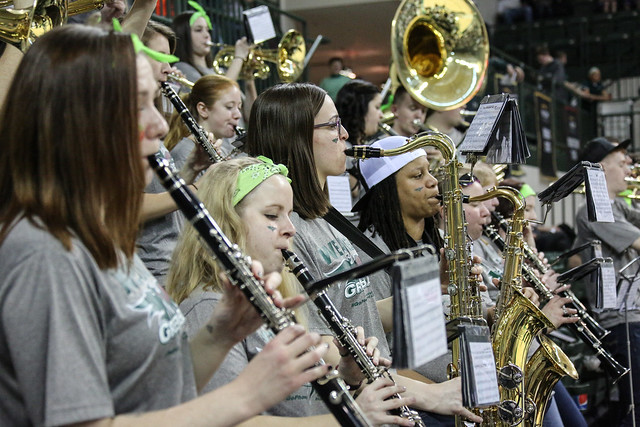