Head coach Linc Darner and the Green Bay men’s basketball and Phoenix fans gathered Sunday night (Mar. 13) at the Kress Events Center for a Horizon League Championship Celebration and an NCAA Selection Show Watch Party. The Phoenix were introduced to the crowd before watching the Selection Show live on CBS where Green Bay learned Green Bay a no. 14 seed, will face no. 3 Texas A&M in Oklahoma City. Green Bay (23-12) won its fourth game in as many days last week by defeating third-seeded Wright State 78-69 in the Horizon League Championship Tournament on ESPN. The Phoenix snapped a 20-year drought and secured a bid to its fifth all-time appearance in the NCAA Tournament. The previous four appearances came during a six-year span from 1990-96 under former head coaches Dick Bennett (1991, 1994, 1995) and Mike Heideman (1996). 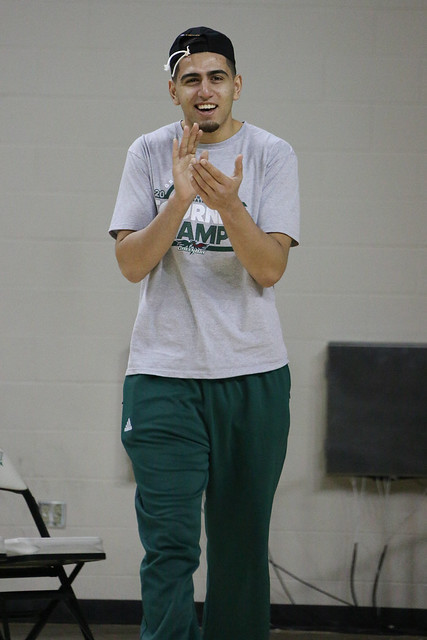