The UW-Green Bay Parade Committee did it again… The group was presented with one of the handful of awards given at the 38th Annual Prevea Holiday Parade. It was the sixth award for the committee, this time for “most original, non-profit float.” Floats are expected to follow an annual theme—this year’s was “Oh Christmas Tree.” UW-Green Bay’s specific theme was “Education is evergreen.” The parade was televised live on NBC26 and announcers read this description as the float passed the television cameras:

“While Christmas Trees are often a focal point of the holiday season, UW-Green Bay reminds us that ‘education is evergreen.’ Lifelong learning has long been a focal point of the University, which now has locations in Marinette, Manitowoc, Sheboygan, and of course, Green Bay. Exploring UW-Green Bay’s “Christmas forest” are people representing the many stages of learners—from Phuture Phoenix program that inspires local fifth-graders to attend college someday, to the Lifelong Learning Institute that provides hundreds of classes to retirees…along with a few others along for the ride.”

Floats are judge on:

Downtown Green Bay Inc. hosts the annual event, and more than 50 entires took part in the beautiful morning as thousands of people lined the streets. It was the 38th Annual Prevea Holiday Parade together on November 19th, 2022. 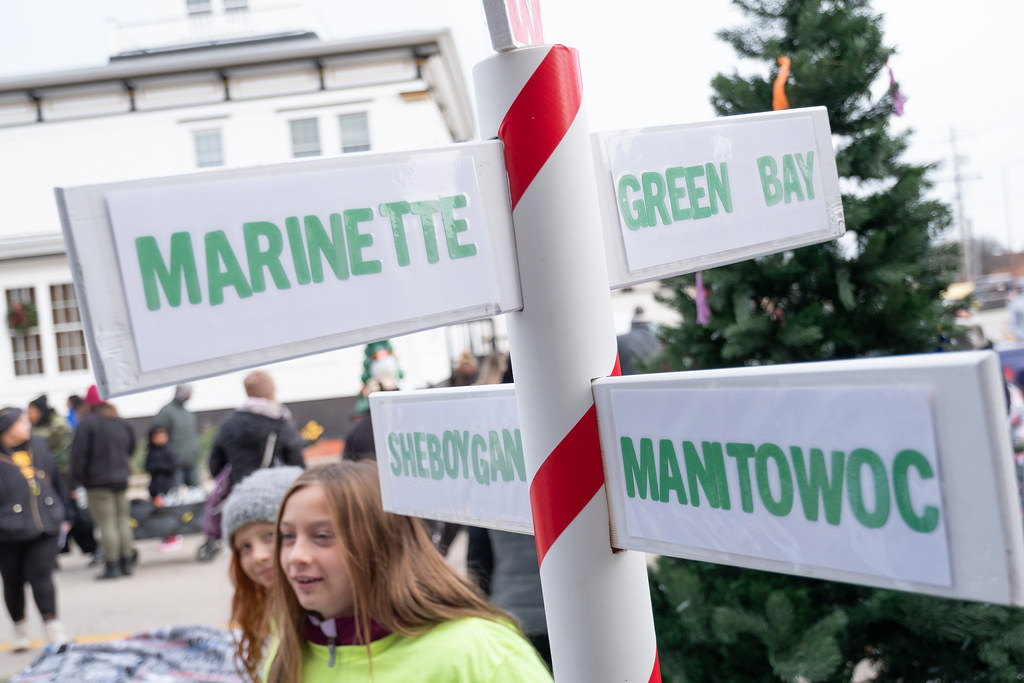