No medals were handed out. Not one duck had to be rescued from exhaustion. But organizers of the Phoenix 500 Duck Race, held on the City Deck, downtown Green Bay, drew both attention and a few new supporters to an alumni scholarship effort.

To date, 115 alumni and friends of UW-Green Bay have raised close to $60,000 in scholarships as part of the Phoenix 500. The Phoenix 500 Duck Race (held outside of Hagemeister Park), was both a celebration for lead donors of the effort (making a stretch gift of $500 to the cause) and members of the general public to race for prizes. Also donating each year were UWGB graduating seniors — a challenge that will continue with the 2016-17 UWGB gradudates. Couldn’t make it on race day? Alumni Director Kari Moody says the Phoenix 500 is likely to have at least a few encore performances in the year ahead. 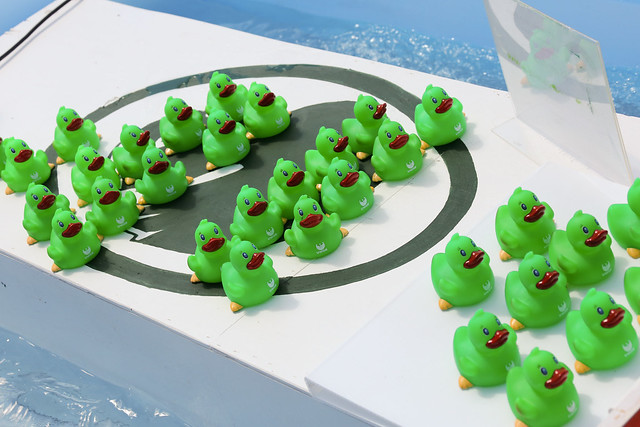