They received a shout out from the legend himself. Congratulations to the UW-Green Bay Chorale, led by Randy Meder, who had the opportunity to sing back up to Barry Manilow on his One Last Time tour at the Resch Center, Thursday, April 21.

Manilow saved the best for nearly last…  According to Green Bay Press-Gazette correspondent Kendra Meinert, about 85-minutes into the show Manilow shouted, “Anybody want to hear ‘Copa?'”

“With a giant disco ball above and about 30 red-robed members of the University of Wisconsin-Green Bay Chorale on stage with him, the Manilow magic of the last four decades proved to still be in top form,” Meinert reported. “A crowd that filled about three-fourths of the arena danced and sang along, reveling in their time together at the hottest spot north of Havana.” 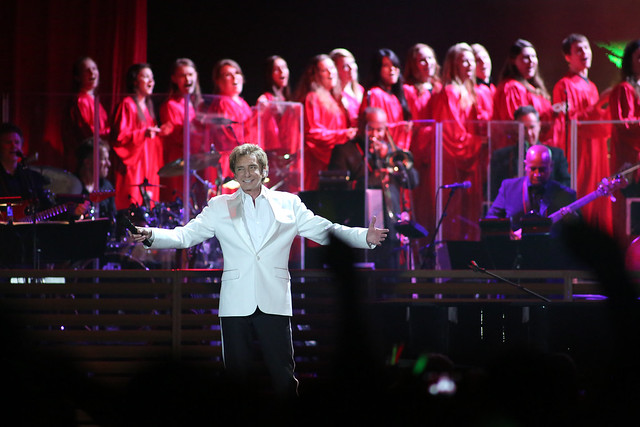