Congratulations to Wyatt Smet, named UW-Green Bay’s Student Employee of the Year, at a celebration on April 15, 2019. With Chancellor Gary L. Miller unable to attend, Council of Trustees Chair, Lou LeCalsey, gave remarks and helped Allen Voelker, student employment and scholarship coordinator, present the awards. Jen Jones, assistant vice chancellor for enrollment services, discussed the importance of connections made while she was a student employee. Smet, a senior from Wrightstown, Wis. is majoring in Marketing Management and Entrepreneurship. He is the lead student building supervisor for University Recreation – UREC. He was nominated by Kress Center facilities manager Tim Helein. In his role, Smet is responsible for the direct supervision of employees, scheduling, and training, as well as responding to facility emergencies and the enforcement of rules while providing exceptional hospitality.

“Wyatt’s natural leadership creates an environment and culture of respect that our students believe in,” Helein said. “His compassion and ability to lead student employees to make independent decisions is apparent when professional staff is unavailable. What I truly like about Wyatt is his willingness and enjoyment in helping others.”

This year’s nominees and their nominators:

The call for nominations began in January. Supervisors were asked to nominate their very best student employees from all across our campus. Nominations were collected for several weeks, and we are excited that this year we received eight nominations. Student nominations were judged by a panel of four university faculty and staff who rated them on a scale from one to five in the areas of reliability, quality of work, initiative, professionalism and uniqueness of contribution.

This year’s Judging Committee members are: 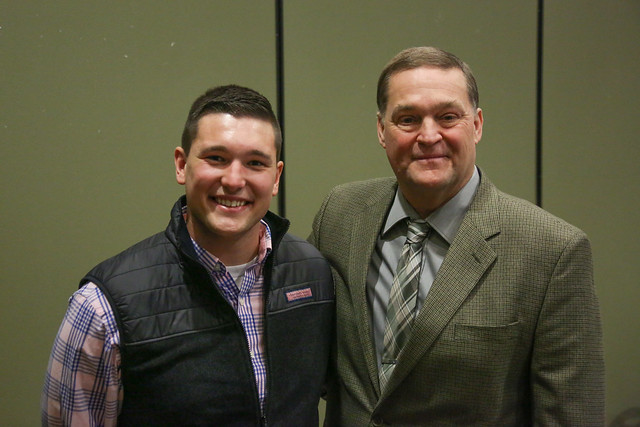