While the theme for this year’s parade was Holiday Magic, UW-Green Bay’s parade float committee took inspiration from the popular book and movie, “Polar Express,” and named the float, “The Phoenix Express: Powered by Higher Education.” The concept of the forward moving train represents the forward momentum UW-Green Bay has been experiencing. Staff members spent many hours over their lunch breaks working on the float to represent UW-Green Bay in the parade.

This was the eighth time UW-Green Bay has participated in the Prevea Green Bay Holiday Parade. Staff and members of their families, students, student athletes, alumni, dance team members and the Hip Hop team participated. The UW-Green Bay team handed out 500 pounds of candy to parade watchers. UW Credit Union and the Weidner Center are the sponsors.

See NBC26 television footage of the parade and watch for the UW-Green Bay float at the 1:05:00 timestamp. 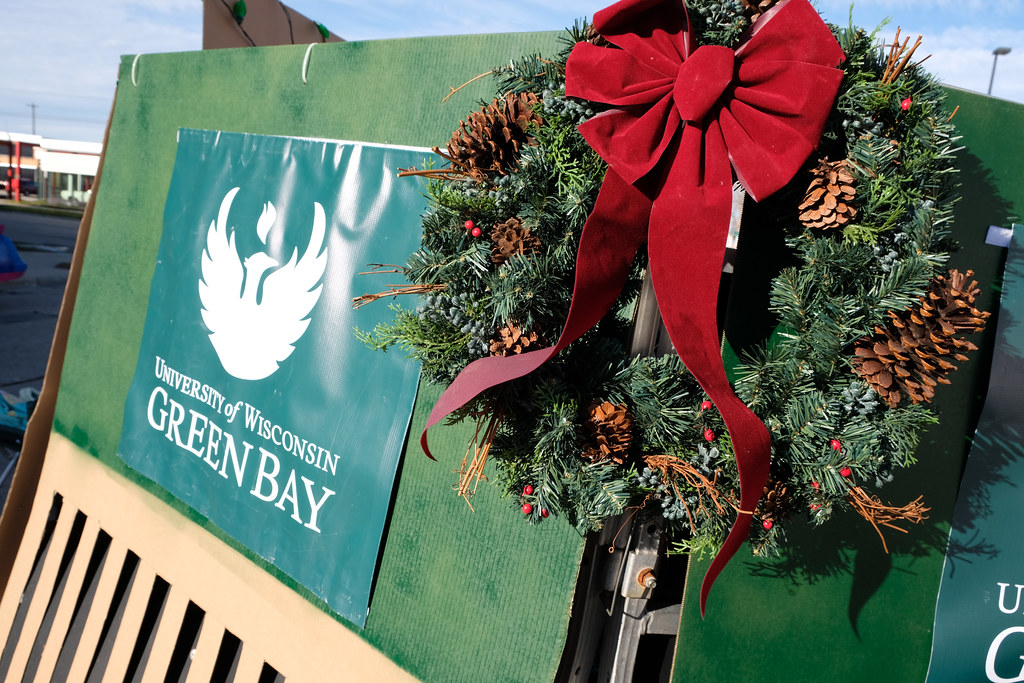