On Wednesday, August 1, 2018, friends of the University gathered to thank the generous donors who helped bring the Viking House to UW-Green Bay. Among them, Owen and Elspeth Christianson, who built and donated the Viking House, rebuilding it on the UW-Green Bay campus in fall of 2017; and Tom Olson, who provided funding to help with the Viking House relocation in honor of his father, Harry Olson.

The dedication plaques will remain on the exterior of the building:

The Viking House
Donated by Owen and Elspeth Christianson
This “grindbygg” or Norwegian trestle-framed house, was given to UW-Green Bay by Owen and Elspeth Christianson in 2017 in recognition of the History faculty’s dedication to applied learning and experiential archaeology. The house is similar to those houses in Norway more than a thousand years ago during the Viking Age and is a testament to the Christiansons’ love of learning while sharing their passion with the UW-Green Bay community.

The Viking House is sponsored by Tom Olson in honor of his father, a proud Norseman.
Harry O. Olson
May 23, 1921 – May 9, 2006
Born in to a Norwegian-American family, Harry was raised on a farm near Postville, Iowa. Proud of his Norwegian heritage, he spoke the language fluently and was a member of the Sons of Norway and Numedal Lag. He was a World War II Army veteran and a respected Green Bay attorney. He lived a life of service to his family, church, clients and community. 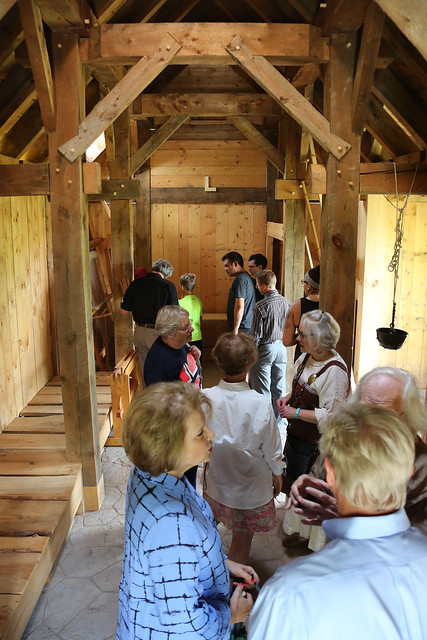