Cheers to Caroline Boswell and her After Thoughts presentation, Tuesday, March 1. Boswell, a University of Wisconsin-Green Bay Associate Prof. (History) educated and entertained with her presentation, “Ye Olde Pub: A Social and Cultural History of England’s Early Drinking Houses” on Tuesday, as part of the University’s After Thoughts series.

Boswell’s presentation dove into the rich early history of those temples of British culture: the pubs. Beyond their charm and antiquity, these centuries-old drinking establishments were historic centers for social and political activity, according to Boswell. In medieval and early modern England drinking houses — inns (for the social elite, often with private rooms and ability to socialize with private parties), taverns (serving wine and beer to middle class) and alehouses (often less permanent establishments, sometimes family-owned to supplement income, and most prolific — serving the lower and middle income). All were vital hubs of sociability, culture and news.

Among other interesting tidbits:

Boswell received her undergraduate degree at UW-Madison, and her master’s and Ph.D. at Brown University. She is a co-editor of Syllabus Journal, and has published articles and book reviews regarding the history and culture of England within the Journal of British Studies, and Seventeenth Century.

Now in its fifth full season, After Thoughts seeks to connect members of the community with UW-Green Bay. The gatherings showcase talented women among University faculty, staff and alumni, and convene men and women after their workday for learning, enrichment and fun.

The final After Thoughts event of the academic year will be Tuesday, April 5, when UWGB music faculty member Sarah Meredith Livingston presents, “Women Who Dare!”

For more or to register go to http://www.uwgb.edu/afterthoughts/. 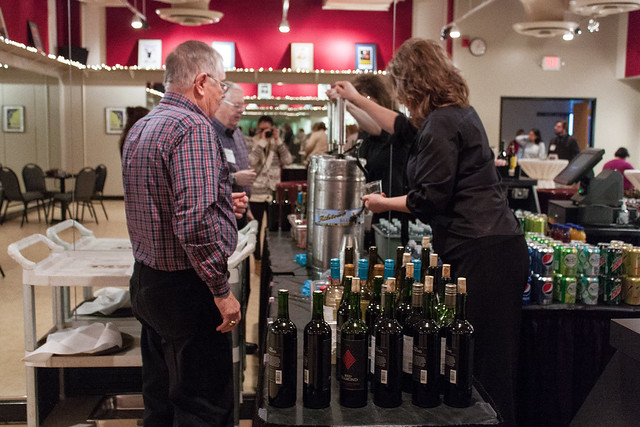