UW-Green Bay, Marinette Campus had a successful orientation opportunity for students last week, with UW-Green Bay Dean Chuck Rybak serving as the featured speaker. Rybak’s speech focused on “following your passion” while making the most of the college experience. Activities for the week focused on student involvement, campus connections and becoming a successful member of the Marinette Campus community, with a little food and fun — a welcome back with ice cream sundaes, a club fair with slushies and popcorn and a welcome back BBQ. 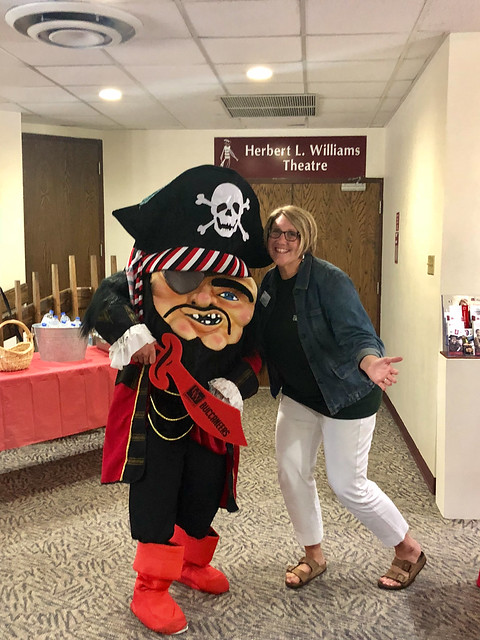 “[When you] combine the red-state actions in the spring with a real state of galvanization in the aftermath of the Janus case, it really wouldn’t surprise me to see teachers moving in a more militant direction in blue states as well,” said Shelton.

He pointed to the tensions bubbling over in Los Angeles, where nearly all of the union members who cast a ballot voted to authorize a strike. The union is demanding a pay raise for teachers, class-size reductions, and more school nurses, librarians, and restorative-justice advisers.” See more.

Tickets to students on sale this week, general public Sept. 17

GREEN BAY — Following his successful Better With You Tour, Jesse McCartney will be playing at the Weidner Center for Performing Arts at 7:30 p.m. Thursday, Nov. 29, 2018. UW-Green Bay student tickets go on sale Tuesday, Sept. 11 at 11 a.m. CST for $20 plus fees (limit 2 student tickets and up to 6 regularly priced tickets during presale period). Tickets for the general public are $25 plus fees and go on sale Monday, Sept. 17 at noon — online at WeidnerCenter.com, by calling 800-895-0071 or in person at Ticket Star locations including the University Ticket and Information Center (UTIC) located in UW-Green Bay’s University Union. There will be 250 meet and greet tickets available for $40 plus fees sold separately.

A singer, songwriter and actor, the McCartney show is a hot commodity with sold out shows at UW-Madison, UW Oshkosh and UW-Eau Claire. His show at UW-Stevens Point sold out in under two hours. The multi-platinum artist starred in the boyband “Dream Street” and in shows such as “The Suite Life of Zack and Cody” and “Hannah Montana.”